How do I transfer files to Resources using WebDAV?

Users can transfer files to Resources using the WebDAV protocol. WebDAV allows users to upload multiple files and folders from their local computer to and from their site Resources.

WebDAV stands for "Web-based Distributed Authoring and Versioning." It is a set of extensions to the HTTP protocol that allows users to collaboratively edit and manage files on remote web servers.

Once users have set up WebDAV for a particular site's Resources, their computers will treat the Resources like any other folder on their local system. Users are able to drag and drop files and folders from Resources just as they would in “My Computer” in Windows, or in “Finder” on a Mac.

For Windows, users can download AnyClient for WebDAV connections, or set up a connection using the native Windows WebDAV support.

Depending on your specific operating system version, you may find one method performs better than another.

Note: You may also upload multiple files using the drag and drop feature in Resources.

Select Resources from the Tool Menu in your site.

To locate directions for setting up WebDAV on your computer, click Transfer Files. 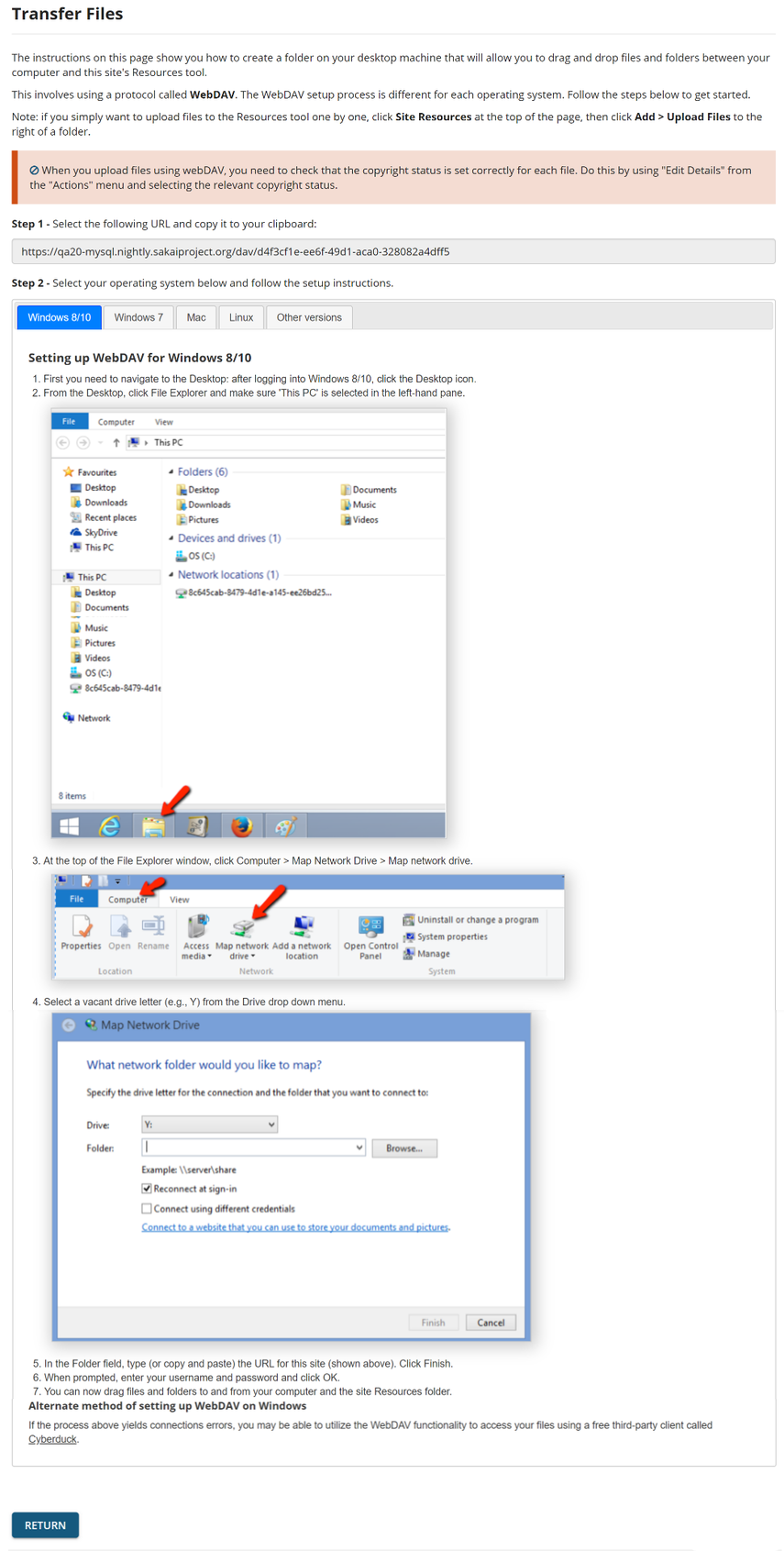 This work is licensed under a Creative Commons Attribution 4.0 International License.
×